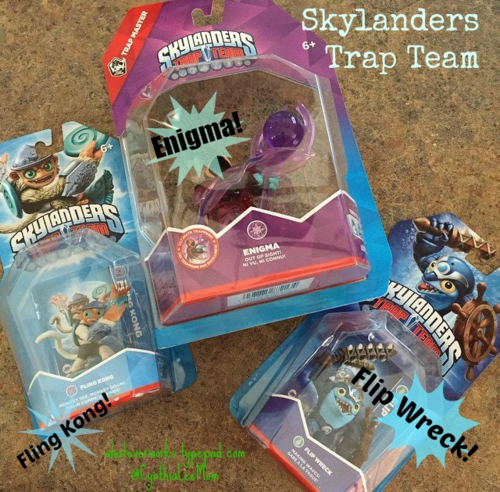 Disclosure: I was given three Skylanders in exchange for this review.  No other compensation was given and all opinions are my own.

Are your kids still playing Skylanders Trap Team?  My son had previously beaten the game per his usual style of game play where he quickly wins each board to complete the game and then goes back to get all the money, find all the Easter eggs, explore areas he missed, and play as new characters.  Usually with other games, it gets kind of boring for him because he remembers certain levels that weren't his favorite and doesn't want to play them again.  But not with Skylanders Trap Team.

He just recently got the Kaos trap AKA: the Holy Grail of all-things-Trap-Team for his birthday and we were also given three new characters from the fifth release wave to review: Trap Master Enigma, Fling Kong, and Flip Wreck, so my son had a resurgence of interest in the game.

That's what I love about Skylanders.  They make it easy to prolong play of the same game rather than having parents spend astronomical amounts on a different one.  Adding a new character for about $10 can give your child a whole different gaming experience with the same game he has been playing for months.

So keep an eye out for all the Skylanders Trap Team characters.  They make great gifts or even rewards for acing that math test or cleaning up their bedrooms without being asked. 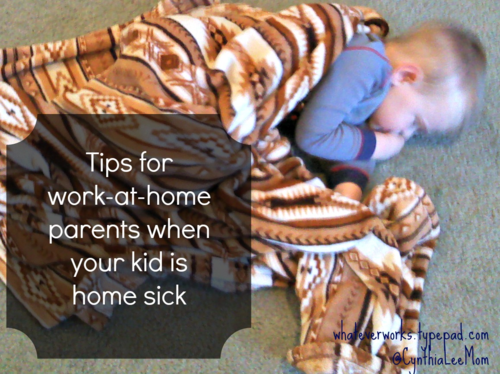 The day starts out as usual.  You get dressed, start the coffee, think about all the work you have to do that day, go to wake up the kids and BAM! ...One of them is sick.

Hey, it happens.  And it stinks.  But there isn't much you can do to stop it.  So, you start rearranging your entire day to accommodate.  Before you catch on fire from all the gears turning in your head, please read these quick tips that might help:

1. Work in spurts- Don't look at the big picture; go frame by frame instead.  Completing one small task at a time will be much easier on your brain.

2. Realize you won't get even half of what you want done. And that's OK.

3. Put your kid first. Cuddle him.  Help him regain his health.  Give him chicken soup and crackers.  Tuck him in blankets on the couch.  Sit with him and read.  Do whatever it takes to make him feel comfortable and loved.

4. Let him watch TV allll day.  Seriously.  Don't stress yourself out about the amount of screen time he's getting.  It's one day.  His brain isn't going to turn to mush.

5. Make a funny note (that will only be funny to you) by jotting down all the questions he asks you.  Or at least mark how MANY questions he asks.  There will be a lot.  If you don't find the humor in it, then it could be a very long day.

6. Stop stressing.  Take a deep breath and really evaluate what your day could be like.  Most of the time, I overwork it in my head and think I couldn't possibly get everything done.  But it all mysteriously does get done regardless of how much or little I stress about it.  So I have decided that stressing about the extra work isn't necessary.

And when all else fails...

7. Resign to doing the work later.  Just stop and walk away from the work.  So you might have to go to bed an hour later tonight.  Or you might have to wake up early tomorrow.  That's ok.  Go rest with your kid now.  Remember, he's counting on you just as much as your boss, if not much much more.

Good luck and I hope your kid is feeling better ASAP! 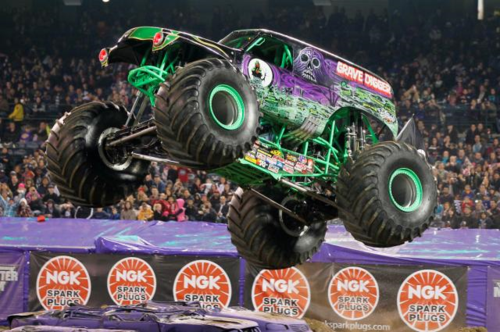 Disclosure: I was given passes to see Monster Jam in exchange for this post.  All opinions are my own.

You guys know I love Monster Jam.  I don't know what it is about it.  Maybe it's the roar of the engines or the excitement on my kids faces, but whatever it is it makes me happy.  I am so happy to be able to take my family once again on June 13th at MetLife Stadium in East Rutherford, NJ for the Monster Jam: Path of Destruction show including all our favorite trucks and drivers plus some new ones we hadn't seen before. 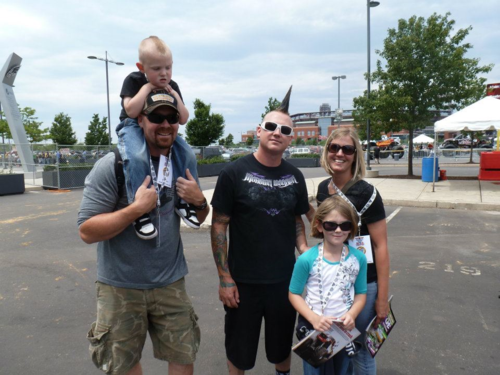 Since my son has been sporting a Mohawk for like, ever, we'll be rooting for Mohawk Warrior in his quest to get to Vegas for the finals.  But of course, we wish ALL the drivers the best of luck!

Last time we went to the show, we were amazed at the amount of dirt they were able to haul into the stadium.  This time, (per the press release) MetLife Stadium will be filled with over 4000 tons of dirt along with 50 crush cars, vans and buses to create the colossal Monster Jam racing track and obstacle course.

So will you be going?  If you're worried about cost, I'm happy to tell you that Monster Jam events are affordably priced for the whole family with seats starting at $10 for kids and $25 for adults.  So a family of 4 can have an awesome time for under $100.

Tickets are available at the MetLife Stadium Box Office, all Ticketmaster retail outlets, online at Ticketmaster.com or charge by phone 1-800-745-3000.

Hope to see you there!

Oh!  I almost forgot!  Monster Jam is trying something new this time... if you sign in as a Fan Ambassador through Social Toaster, you can have a chance at winning some great Monster Jam prizes like:

You can sign up using my link right here!  http://sot.ag/3Qj9m  Share it with your friends to up your chances!

For more information on Monster Jam, log on to www.MonsterJam.com.

These are my legs 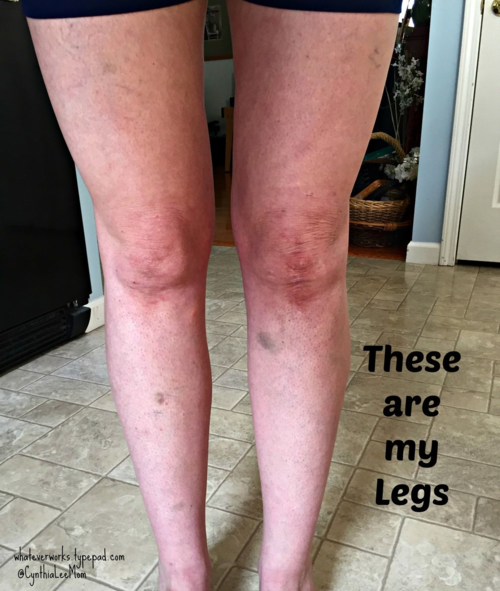 My legs are not pretty.  They never have been.  I have terrible skin due to psoriasis.  I've had knee surgery over twenty years ago that left a keyloid scar and a strange squishy bump on my left leg.  I've got spider veins coursing throughout every inch.  I bruise at the slightest touch.  When I shave, I have red spots everywhere.  When I don't shave, my hair is way darker than I thought possible.  My legs are not pretty.

Why am I writing about it?  Because it's important.  Well, to me at least.

The other day when I was about to go for a run, I noticed the temperature was pretty high on our thermometer.  I debated putting on shorts because, well, ...my legs.  I thought about how weird I would look out there running on these ugly limbs.

But then the heat hit me and the thought of wearing pants flew right out the window.  I put on my shorts and headed out.

As I was running, I looked down at my legs to see just how terrible they looked down there.

All I saw were two powerful stems carrying me forward.  Each stride pushing me to my destination.  Every step making those legs even stronger.  I forgot all about the "ugly" exterior of my legs and focused on the muscles beneath.  The joints that moved me along.  The way they held me up even when the rest of me was ready to stop.

Yes, it's a metaphor for outer vs. inner beauty.   Yes, I want to relay this message to my daughter and let her know beauty isn't skin deep.  All that.

But the other day's run was really mostly for me.

I'M the one who needs to remember that it's OK to show even the "ugly" parts of me.  I need to be OK with it.  I need to know that even when I don't like how my legs look, and they won't get me any leg modeling jobs, they are still there to help me put my best foot forward whether I cover them up or not.

So I'm not going to cover them up.  I am sorry if the sight of them makes you cringe, but frankly I have reached a point where my self esteem has to trump what others think.  These puppies carried me to where I am today which is at the helm of a wonderful family with my fantastic husband right next to me.

I don't want to start any revolution or insist that others join me in some shorts wearing crusade.  But maybe take a minute to think about some part of you that you have been covering up for no reason.  Ask yourself why.  Maybe revealing it could make you even stronger than you already are.