I received this game in exchange for my review.  No other compensation was given to me.  All opinions are my own.

Everyone in my family is a gamer of some sort.  My husband is a shoot-em-up master. My daughter has beaten basically every game she has gotten her hands on.  My son can pick up a controller and understand any game within 3 minutes of playing.  Me?  I'm the gaming equivelent of a backseat driver.  I like to watch everyone play and give my two cents.  "Shoot that guy!"  "Go over there!"  "Why didn't you jump over that fence?  If you would've jumped over that fence you could've gotten the sword back!"  ...stuff like that.

So when we got LEGO Batman 3: Beyond Gotham to review, I was very excited.  Watching the kids play is like a workout for me.  While they loaded the game and got situated, I put on my sweatbands and got ready to yell out some serious instructions.

Instead, though, I ended up just sitting there in awe.  Watching.  Admiring.  Listening.  And laughing.  Want to know why?  Here are 4 reasons:

1. The game is beautiful 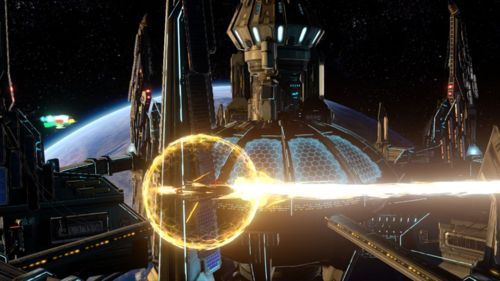 Isn't that gorgeous? Photo from videogames.lego.com

Seriously.  The detail in every scene and within every aspect of the game is flawless.  You may wonder how a bunch of electronically drawn LEGOs could have any detail, but these do.  They look three dimensional.  The colors are tremendous.  While the kids navigated through each level, it became more intricate.

2. All the throwbacks throughout the game

Not only are there over 150 characters to choose from, they range from characters of today to futuristic to retro!  There is a level that plays the old Batman music from the Adam West show.  Oh, and Adam West does the voice, too!  It's awesome.

3. The Storyline is appealing

There are not many things about the story that do not draw you in.  There are many differnet story arcs that come together which include Batman battling his normal enemies like the Joker and Killer Croc and many other DC Comics superstars fighting in space.  They all come together to get back the rings for the Lantern Corp which protects our galaxy.

I always love the silly comedy LEGO movies and games use.  They follow the storyline they are supposed to follow, but always add humor to make it more interesting.  The kids love the slapstick portion while we adults like the dialogue.

So do I think LEGO Batman 3: Beyond Gotham is worth the purchase?  Yep.  It's one of those games that you will love playing along with your kids.  It's got something for everyone.  Check it out!

Here's my affiliate link, which is really just a link to Amazon.  But if you click on it, I could be paid a commission and I would really appreciate it.  Thanks!