Why are we so quiet? 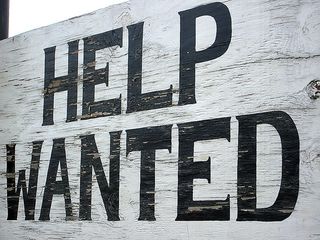 The other day, my friend Todd and I were having a conversation about Facebook and social media.  We were discussing the dynamics of post popularity, commenting, Likes, sharing...all that.  We were trying to determine what makes a post like-able. Why do some posts get a million hits while others just sit there with only crickets chirping behind them?

My point was that when people go to Facebook, it's like happy hour.  They go to chat up friends and get some little blips of conversations about daily happenings.  Check out some pictures.   Maybe make some plans for the weekend.  Reading a heavy headline sometimes brings down the light airy mood you're looking for when you sign onto your profile.

But the truth is, all that heavy stuff does that in real life, doesn't it?  Every once in a while something smacks you in the face that pulls you down into the heavy with no warning.  It just grabs you.  You can try to ignore it, but it takes you anyway.

Seeing posts on Facebook that are unsettling feels bad in my gut.  They make me cringe and wish they weren't there.  But there they sit - Posts about people dying.  Posts about love lost.  Posts about sad things we don't like to talk about.

I comment my condolensces on everything that I can't change, because I'm sad for my friends who feel pain.  But why don't I comment on the things that CAN change?  Because I'm scared.

I'm glad Todd and I had that converation, because it made me realize how silly that is.

When someone posts a heavy status, it's most certainly because they need help.  I'M scared?  How ridiculous.  The person who posted it is scared.  And brave.  Why not give a minute to try and help?

The reason I was having this conversation with Todd of all people is because HE is the ony who has been posting about the heavy.  He is the one that needs help.

Todd has been working really hard to get two bills passed in NJ that will change the statute of limitation laws for filing charges against sexual predators.  Right now, the law states that if you were abused as a child, you can not file charges past 2 years after your 18th birthday.

So what this means is, once you turn 21, you can no longer bring your abuser to justice.  I can understand that type of law if you are talking about someone dinging your car door in the grocery store parking lot.  It makes no sense in the case of child abuse.

When you are 18, 19 or even 20, you're adult life is in its infant stage, if that makes sense.  You THINK you know what you're doing, but it really is a farce.  Being 37 now looking back, it was all a dream.  In your late teens, you are at the stage where you crave independence and can actually get it. It's surreal.  But if you were abused as a child, that stupid statute it telling you that you will need to relive your past immediately.  You can not wait until you are ready to face it.

How is that possible when most young adults have either blocked out their abused past or are trying to run from it?  Why should there be any type of limit on when you can press charges against your abuser?

Some apposers claim that lifting the statute will cause an influx of accusers to come forward bringing up cases from the past that will be difficult to solve.  Well, yeah.  Isn't that the point?  Isn't it the point to stop child abuse?

So I want to help Todd.  By commenting on his posts.  By actually DOING something about it.  He has asked that we call our local assembly persons and senators to ask them to support bills A2405 and S1651 which will lift that statute of limitations and allow abused children to report the abuse on their own time - when it makes more sense.

And from now on, when I see a post that might be a little heavier than I would like, I'm going to take a minute to read it and comment.  Enough with this Being Quiet bologna.  The only way to eliminate the heavy posts is to help try and lift up the one who posted them.  Help when you can.

Love is what I got

Yesterday we went to the boardwalk to celebrate.  See, I recently got a job.  To me, this is a big deal because I haven't been paid for what I do in just about 9 years.  Getting my first paycheck means a lot to me.  It means that I could finally go into my purse and take out a couple bucks to get the kids an ice cream without feeling like I'm dipping into the weekly bill funds.  It means that right now, I have regained that tiny ounce of independence I had put aside when I left work to be a stay-at-home mom.

I have always been happy staying at home and do not regret a single second of any of it.  That little powerful ounce of independence just sort of boosted me up to a new level of happiness.  When I first got my paycheck, I spent it 16 different ways in my head.  I bought a new outfit, took my family out to dinner, got everyone new shoes, spent half of it at Five Below on crap I'll never use, and browsed the mall with all my bags and my tiny dog on my hip.  Remember, this is all in my head.  If I really spent it, I would probably have had enough for a nice dinner and that' s about it.

Anyway, back to the boardwalk.  As we were leaving, my little son put his head down and looked sad.  I asked what was wrong, and he said, "I'm just sad because I didn't get anything today."  His little face was so precious.  I wanted to run back up and get him a hermit crab or something.  But then I thought 'What the heck am I doing?  What have I been teaching these kids?  We don't need any more things.  We've got it all!'

I then went on to explain to my son what we did get that day at the boardwalk:

-We got to spend time with our family.

-We got to have lunch together which is a rarity for a weekday.

-We got to see a blimp, 2 banner airplanes and a bunch of kites flying overhead.

-We got to enjoy the perfect weather - not too sunny, not too hot.  Just perfect for walking the boards.

-We got to play mini golf and even take a few mulligans because it wasn't too crowded.

-We got to walk hand in hand smelling the ocean, suntan lotion and boardwalk fries.

-We got to eat ice cream on an open bench while watching all the different people walk by.

-And when we left, we still got to be together.

My son kind of understood what I was talking about, but not really.  It's a hard concept to understand - that happiness isn't in things, it's in yourself and in the people you love.

Yes, I spent some of my first paycheck for some pizza and ice cream on the boardwalk, but the rest of it is going in the bank.  We've already got enough stuff.  I'm in for a little less money spending and a LOT more time spending.

Tags: Cynthia Lee, Love is what I got, parenting

Meet Cindy Dudas of Whatever Works.

We asked Cindy some questions, and here is what she has to say!

I’m a stay-at-home mom in sunny South Jersey where there’s a Wawa on every corner and everyone eats pork roll, not Taylor Ham. I grew up in northwest Jersey (Morris County) where my family still lives, so we have the best of both worlds. We live near the beach, but can travel just as easily to the mountains. Also, we can call them hoagies OR subs and either is acceptable.

I feel like a rock star! Right now I'm the Featured Member of the Philly Social Media Moms website. Check it out! http://www.phillysocialmediamoms.com/2012/06/15/featured-member-cindy-dudas/

Congratulations to ALISSA for winning tickets to see Monster Jam this weekend at MetLife Stadium! Hope you have as much fun as we did!

My first big giveaway! A family 4 pack of tickets to see Monster Jam! 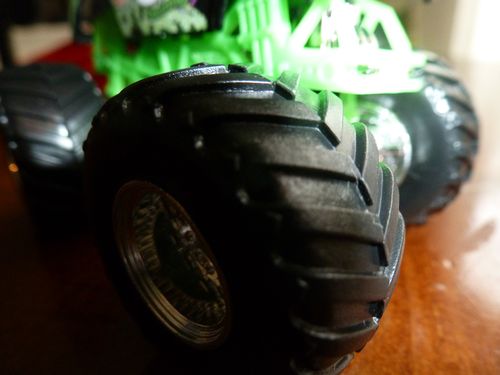 I can't believe it. I feel very honored and proud to announce my first ever prize giveaway on my little ol' blog here. I'm giving away a family 4 pack of tickets to see Advance Auto Parts' Monster Jam Path of Destruction Tour in East Rutherford, NJ on Saturday,June 16th. If you don't know what Monster Jam is, check out their site.  It's the biggest monster truck show around featuring all the monster trucks you've ever heard of: Grave Digger, Maximum Destruction, Monster Mutt, and El Toro Loco to name a few.  I am admittedly a novice but I'm really looking forward to learning more by seeing it all live.

If you follow my blog, you know that I like to do things a little outside of the box. Well, that's why I'm doing this giveaway now: to keep you on your toes always guessing what's next.

It's been almost a year since I started writing publicly, and without getting all gushy... Oh forget it, I'm going to get all gushy. It's a very overwhelming feeling to be recognized for something you enjoy doing. I never thought in a million years I'd be writing things and hitting a Publish button for the world to read.  It feels good to know people read what I write.

I appreciate all of you readers very much. That's why I want one of you to take your family to see the awesome Monster Jam show on the 16th. Maybe Dad would enjoy going as an early Father's Day gift!

My family & I are going to see it in Philly this weekend.  I'm so psyched and so's my family.  I can only bet that the show is going to rock, but I know the June 16th show is going to be amazing.  Driver Tom Meents is going to attempt to complete a double back flip...in a monster truck...in front of you.  WOW.  I didn't know trucks could flip even once, let alone twice.

In addition to this ticket giveaway, I want to tell you about another cool thing about Monster Jam.  Advance Auto Parts is also running a contest to be a guest correspondent at the show. If you sign up for that, you could win interviews with drivers and crew members alongside Speed Network’s Scott Douglass and document the behind-the-scenes craziness that goes along with the show. My son and I entered. Here's the video:

Our video's not all that good but hey, why not, right? If you go for it, you'll get 10 extra entries in the giveaway contest! Why not try it yourself?

OK, so here's what you have to do:  Follow the instructions below on this cool Rafflecopter raffle widget and you'll get as many entries as you choose to put in.  The contest ends June 14th at midnight and the winner will be announced the next day.  The winner's tickets will be available for pick up at the show's Will Call window.

*Please note: I am not requiring any of you to "Like" any Facebook pages, but if you at least check them out and CHOOSE to like them on your own, that would be much appreciated.

Also, since this is my first giveaway, I'd love feedback on what you think about it.  Did I do OK?  What could I improve?  Thanks for all your help.  I hope you win!!