This post was made possible by sponsorship from Finlandia.

It's a week before Christmas and time is going faster than you might like.  There are still more people on your Christmas list than there are days.  You've got 3 parties to go to and you have no idea what to bring.

Cue the Finlandia Imported Butter and this SUPER easy chocolate almond toffee recipe that's so beautiful and delicious, you're going to make it even when you actually DO have free time, not just when you're trying to beat the Christmas rush. 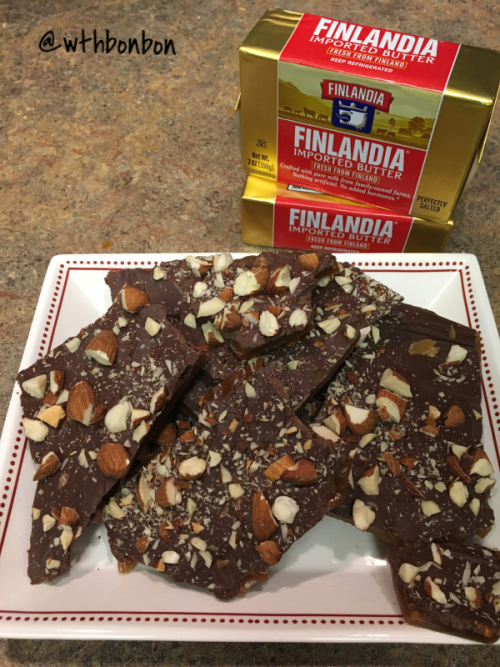 All you need is:

Add the Finlandia Imported Butter, sugar, water, and corn syrup to a saucepan and bring to a boil over medium heat.  While you are waiting, lightly grease a jelly roll pan.  I like to use the wrapper from the butter so there is no waste.  Also, toast the almonds slightly by placing them under a broiler for about 4 minutes.  Keep an eye on them as they will toast very quickly!

Using a candy thermometer, remove the toffee from the heat once temp reaches 300-310° (Hard crack).  Pour in the vanilla and swirl it around until it's incorporated into the toffee.  Carefully pour the toffee into a the prepared jelly roll pan and let cool for 2 minutes.  Sprinkle the chocolate chips evenly over the top and let sit for about a minute or until they all become shiny.  This means they are melted enough to spread.  Spread the melty chips evenly over the toffee.  Sprinkle the toasted almonds on top and lightly press down to secure them onto the chocolate.  Let the toffee cool on the counter until it is cool enough to put in the refrigerator safely. Cool in the refrigerator for an hour and then break bite size pieces off.  Store in a container or bag portions for gifts! 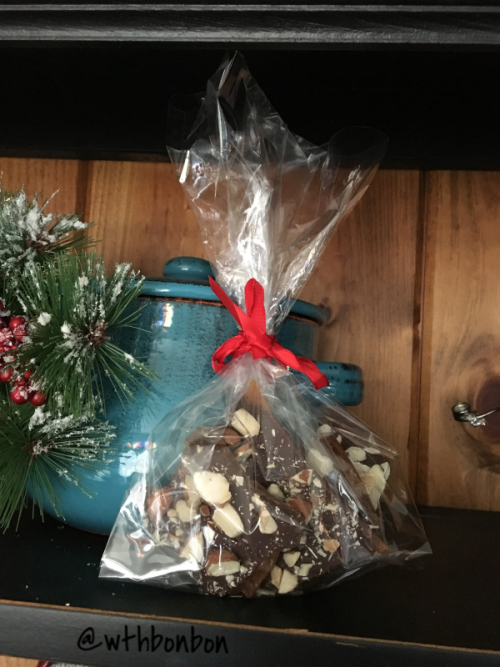 Finlandia’s premium dairy products are made with pure milk from small family-owned farms in Finland. With over 110 years of passion and dedication to making the very best butter and cheese, Finlandia’s farmers have a maximum of 28 cows, with each called by name and treated like family. Each roams free, eats the greenest grass and breathes the pure Finnish air – known as one of the cleanest countries on Earth – resulting in the purest milk with nothing artificial and no added hormones. Finlandia’s craftsmen are relentless in the pursuit of taste perfection with no room for shortcuts or compromise. From the initial selection of the freshest milk to the final cutting of each cheese from the heart of the block, each step celebrates the time-honored tradition of European craftsmanship for which Finlandia is famous. 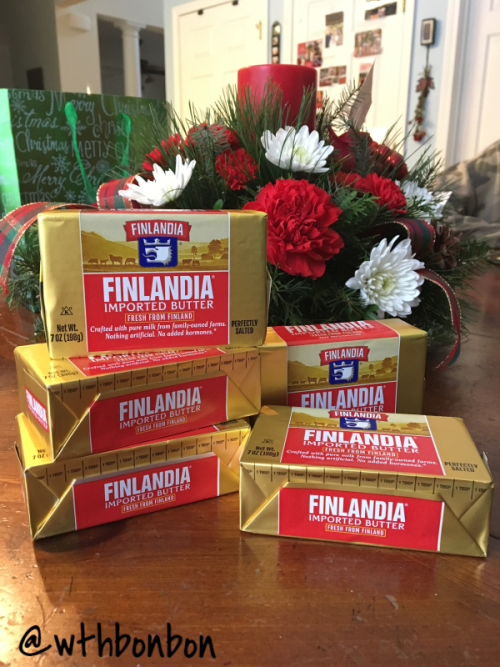